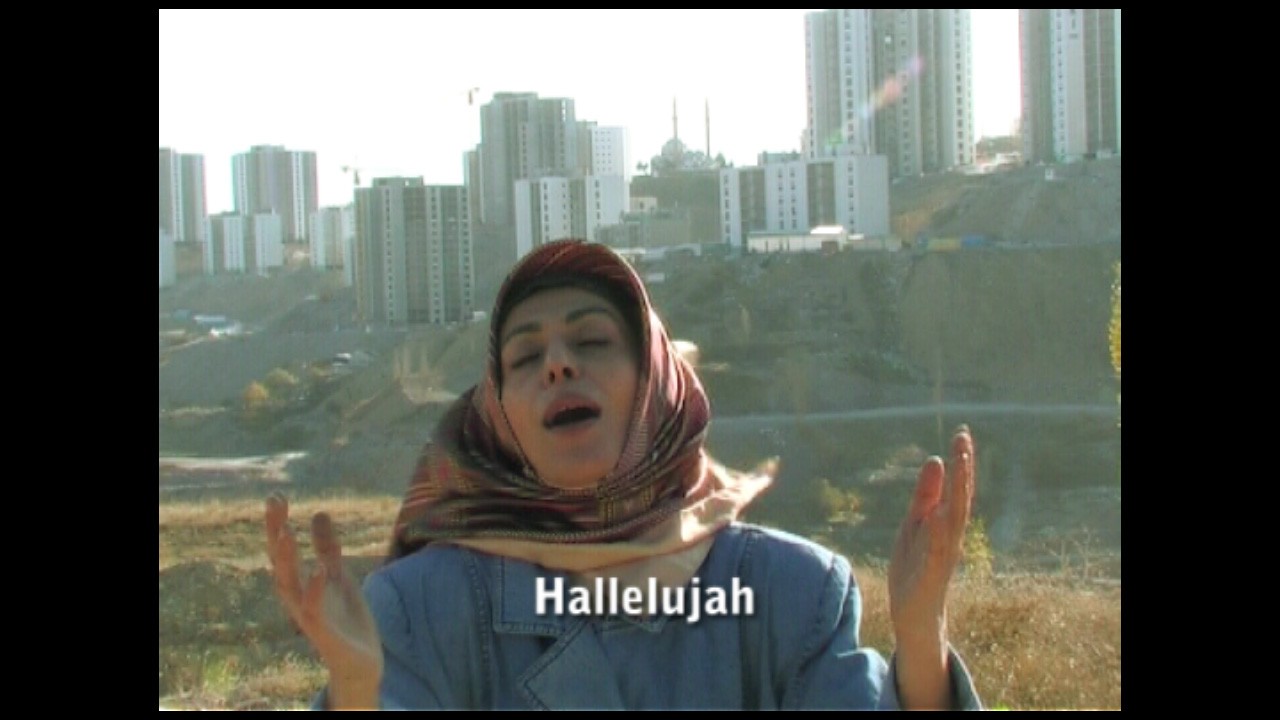 Ferhat Özgür’s artistic practice includes a wide range of media, such as painting, video, photography and installation, etc. Besides his artworks, Özgür is known for his academic and curatorial work that he has carried out in Ankara and Istanbul. His main topics of interest are political reality, urban environment, collective memory, and socio-psychological issues as their consequences. Özgür primarily explores the individual’s relationship with society in his works that contain cultural and social critiques with humor and irony. Focusing his observations on the city and the urbanization phenomenon in Turkey, he conveys in a touching way the states of mind of the individual when confronted with tension, opposition and contradiction arising from change and transformation. As someone who grew up in a quite poor neighborhood adjacent to a prison in the city’s peripheries, the perspective he offers in his works is essentially that of an insider.

A musical structure can often be felt in the works of the artist, who had a semi-professional musical career during his university years, when he earned his pocket money playing the bass guitar and singing in bars in Ankara. Through its associations, the music he uses creates a rupture in the viewer’s memory while also having the potential to create a space in which one can express his/her individuality and to be emancipated.

“I Can Sing” (2008), the artist’s video, gave its title to his solo exhibition at MoMA. In “I Can Sing,” Özgür uses an iconic song to try and make sense of the situation with which the individual is confronted in a country caught between modernization and the traditional way of life, between Islamic identity and western culture. In the video, shot in Ankara, the artist depicts an Anatolian woman among the debris of a modern housing development with unfinished landscaping built along the road to the airport. It is not just the city’s new visage that we see in the background but also the mosques and minarets that have replaced the Hittite sun as Ankara’s city symbol. The woman with the traditional attire moves her lips as if doing karaoke, raises her arms as if in supplication, but instead of the woman’s voice we hear that of a man singing a song in English: Hallelujah. This song by famous singer-songwriter Leonard Cohen, which has over three hundred cover versions, is considered as a requiem of contemporary times. Apart from its references to Christianity, “Hallelujah” is an everyday exclamation used in Western society to express joy and gratitude when something long- awaited is realized. The version in the video sung by Jeff Buckley is a poignant performance. To cite Time magazine, “Jeff Buckley treated the ... song like a tiny capsule of humanity, using his voice to careen between glory and sadness, beauty and pain... It's one of the great songs.” Indeed, like the irony between the female figure and the male voice, and between traditional attire and western popular music, through urban transformation, Özgür’s video presents conflicting feelings of grief and joy and of approval and resistance in the face ofchange in general. Is the woman rebelling with a conservative outlook, or is she praising Western influence? On one side, the major keys of gospel and of similar Western music, which can be felt in “Hallelujah;” on the other, the minor tones peculiar to Turkish music. Stuck between the two, in what tone is the woman praying, and to which god?

Well I heard there was a secret chord
that David played and it pleased the Lord
But you don't really care for music, do you?
Well it goes like this:
The fourth, the fifth,
The minor fall and the major lift
The baffled king composing Hallelujah

ANNOUNCEMENT
Due to the installation of our new exhibition, the temporary exhibition spaces on floors -1 and 1 are closed. Thank you for your understanding.

Istanbul Modern members are privileged in Beyoğlu!
Our members take advantage of discounts offered by our neighbors at the museum's temporary spac...