A Selection from the Istanbul Modern Collection

Istanbul Modern presents a selection of works by Fahrelnissa Zeid, a pioneer of modern art and one of the first exponents of abstract art in Turkey, in its Pop-Up exhibition area. Drawn from the museum’s extensive collection of her oeuvre, the selection focuses on her most prolific years between the 1940s, when she was first introduced to the art scene in Turkey, and the 1970s, when she moved to Amman, Jordan.

Fahrelnissa Zeid was born on Büyükada in 1901 during the Ottoman era, the niece of Grand Vizier Cevat Pasha. She came from a large family of artists that included author Cevat Şakir Kabaağaçlı and painter Aliye Berger, her siblings. Her children from her marriage with author İzzet Melih Devrim were the painter Nejad Melih Devrim and the theater actress Şirin Devrim. Zeid was also the aunt of ceramic artist Füreya Koral. One of the first female graduates of the Sanayi-i Nefise (Academy of Fine Arts), Zeid continued her studies in painting in the studio of Stalbach at the Académie Ranson in Paris, and later in the studio of Namık İsmail in Istanbul. In 1934, she married Prince Zeid, the ambassador of Iraq in Ankara, and became a princess. In 1942, she joined the Group D and took part in their exhibitions. After her first solo exhibition in 1944 in her home in Maçka, Zeid had her works exhibited in Paris, London, New York, Brussels, and other cities where the couple lived after World War II. In 1976, Fahrelnissa Zeid moved permanently to Amman, where she established an institute of arts bearing her name and which she supported throughout her remaining years while continuing to produce art. She died in 1991 in Amman.

Known for her exuberant, powerful compositions, Zeid’s unique visual language is so vivid and rich that it cannot be reduced to a single style. Her artistic practice can be classified under the following periods:an early period of figurative compositions with spaces constructed according to the style of miniatures; a period of maturity with geometrical and freely abstractionist works reminiscent of stained glass surfaces; and a late period consisting mainly of portraits in which psychological narrative comes to the fore.

Fahrelnissa Zeid’s artistic journey, which began in Istanbul and expanded outwards through exhibitions on various continents, has gained fresh momentum in the global art world. Zeid’s paintings were recently exhibited at the Istanbul and Sharjah Biennials, in the “Post War: Art between the Pacific and the Atlantic 1945-65” exhibition at Haus der Kunst in Munich, and in the “Colori” exhibition at GAM, Torino. On June 13, a Zeid retrospective will open at the Tate Modern in London, on view through October 8, then move on to the Deutsche Bank KunstHalle in Berlin and the Sursock Museum in Beirut. Having lent eight works by Zeid to the Tate Modern’s retrospective, Istanbul Modern is pleased to support this new surge in international interest by presenting a selection of her many works in its collection. The exhibition features the abstract geometric compositions in which Zeid excelled as well as her expressionist paintings, which combine references to Byzantine, Islamic, and Western art with her unique color palette. 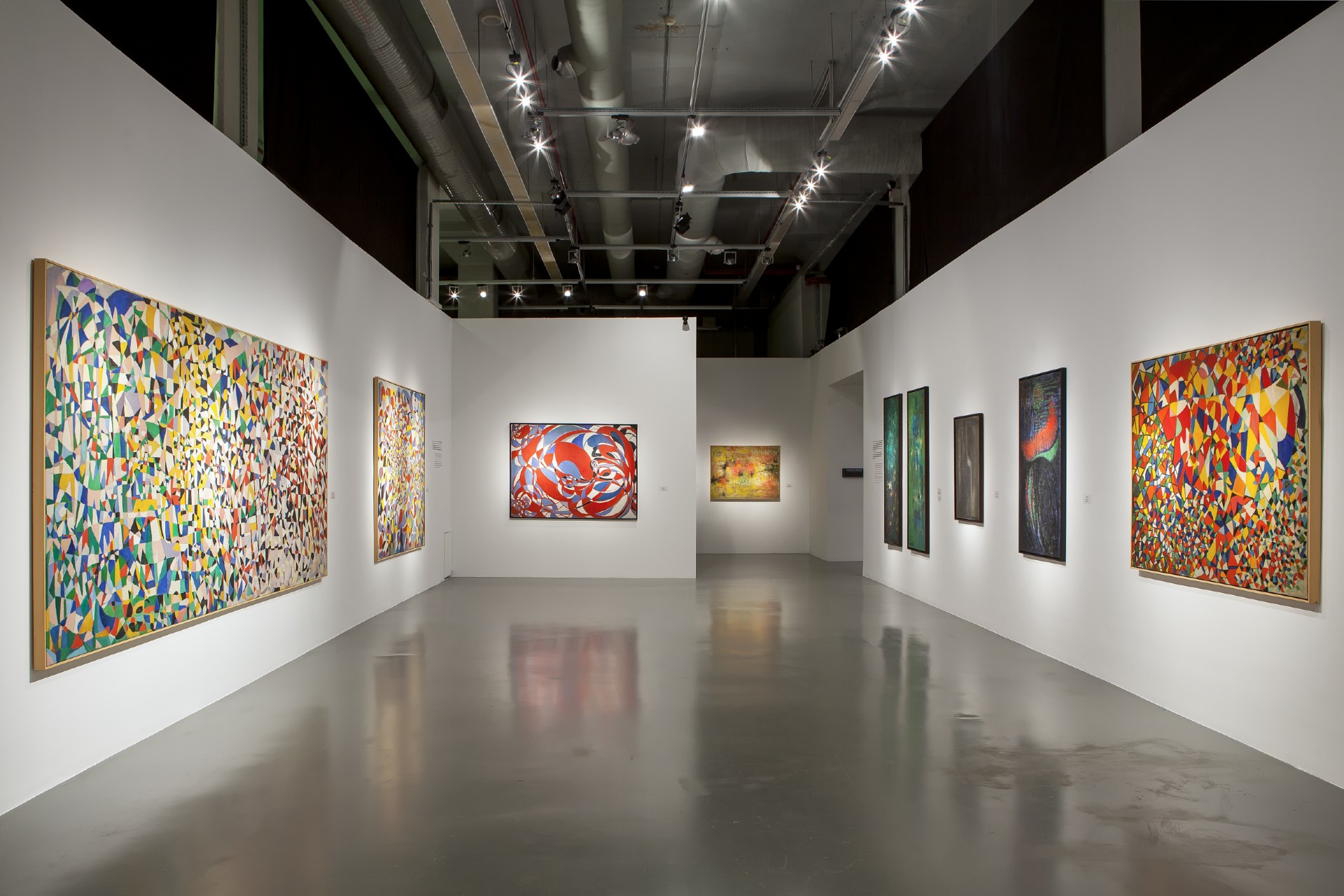 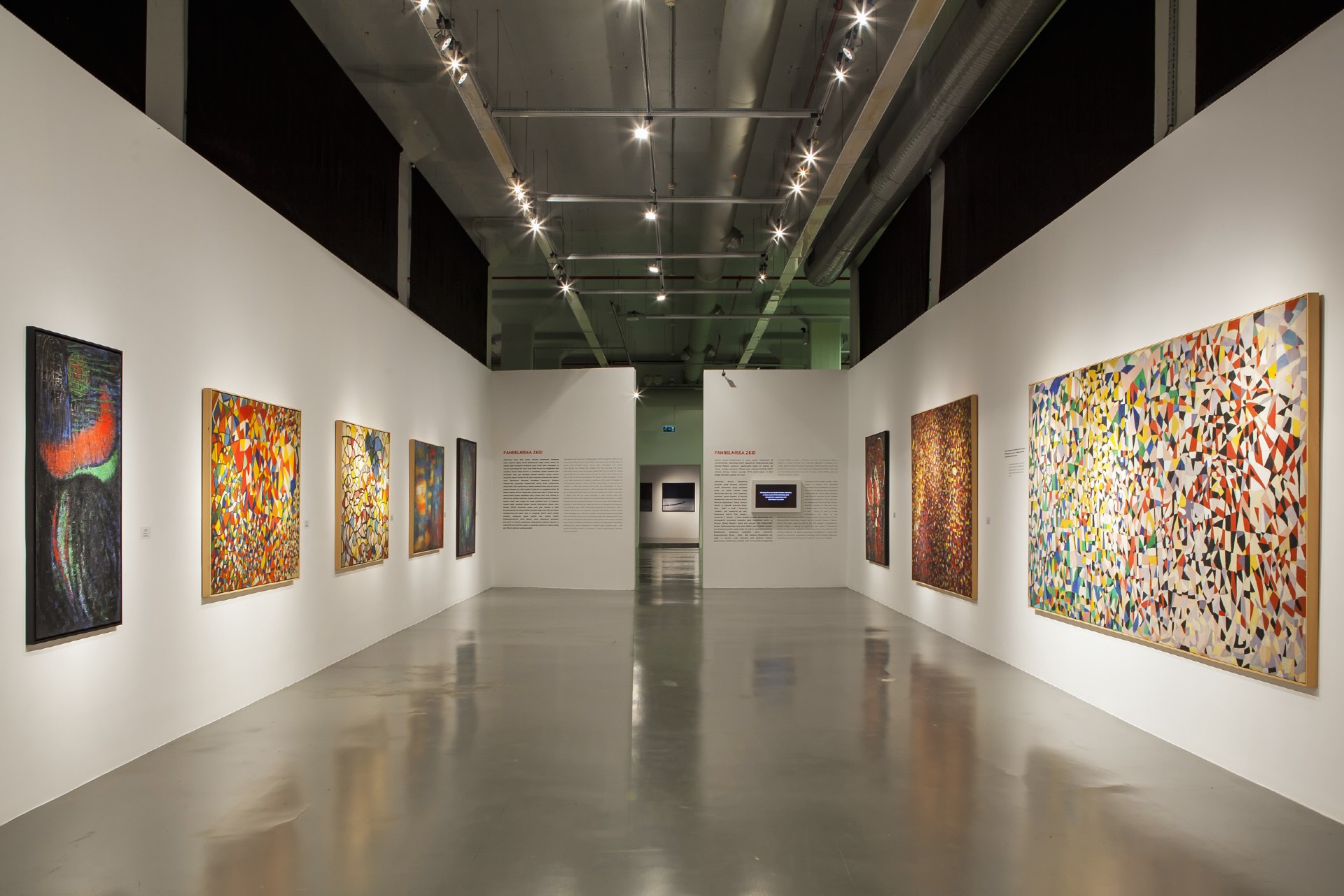 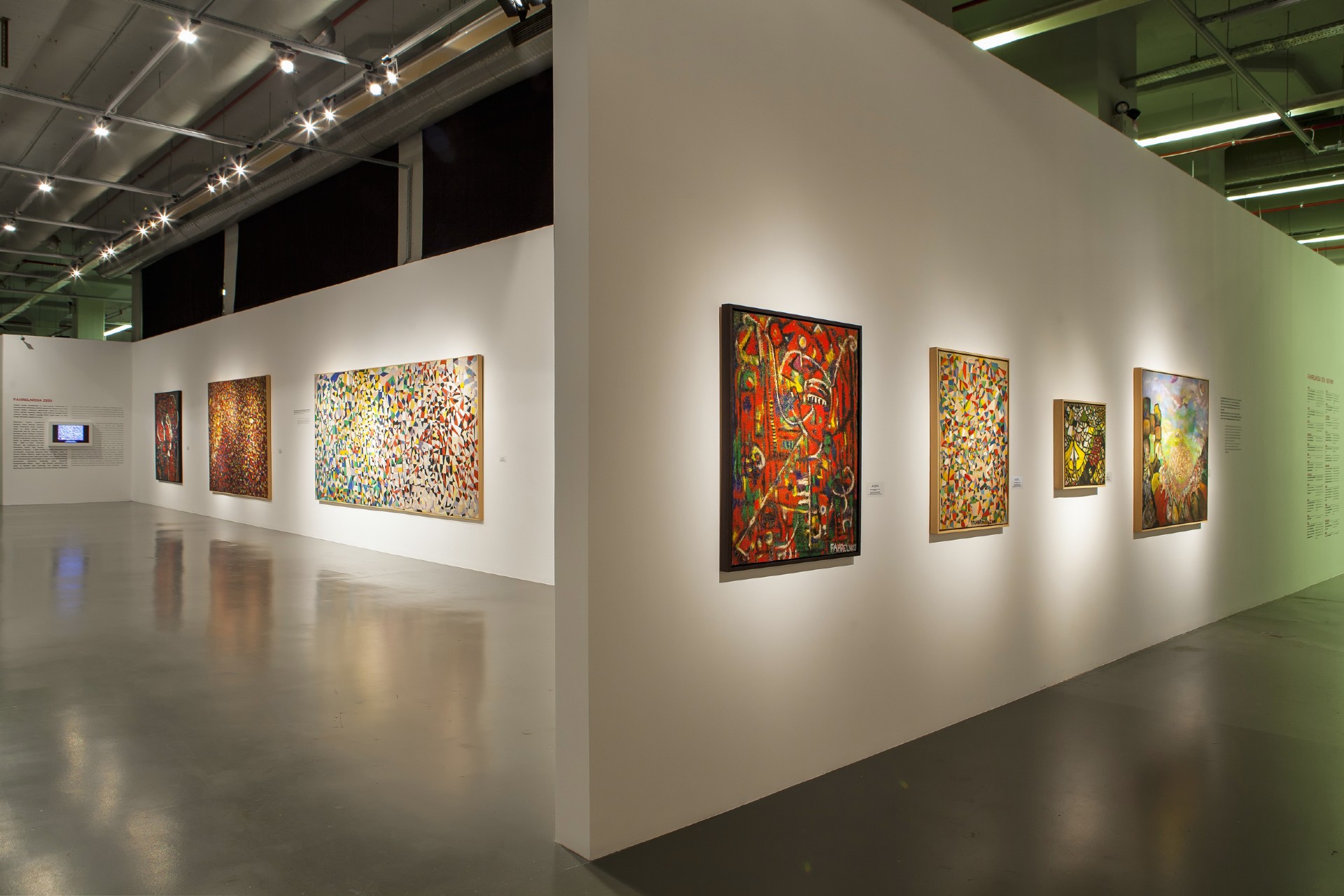 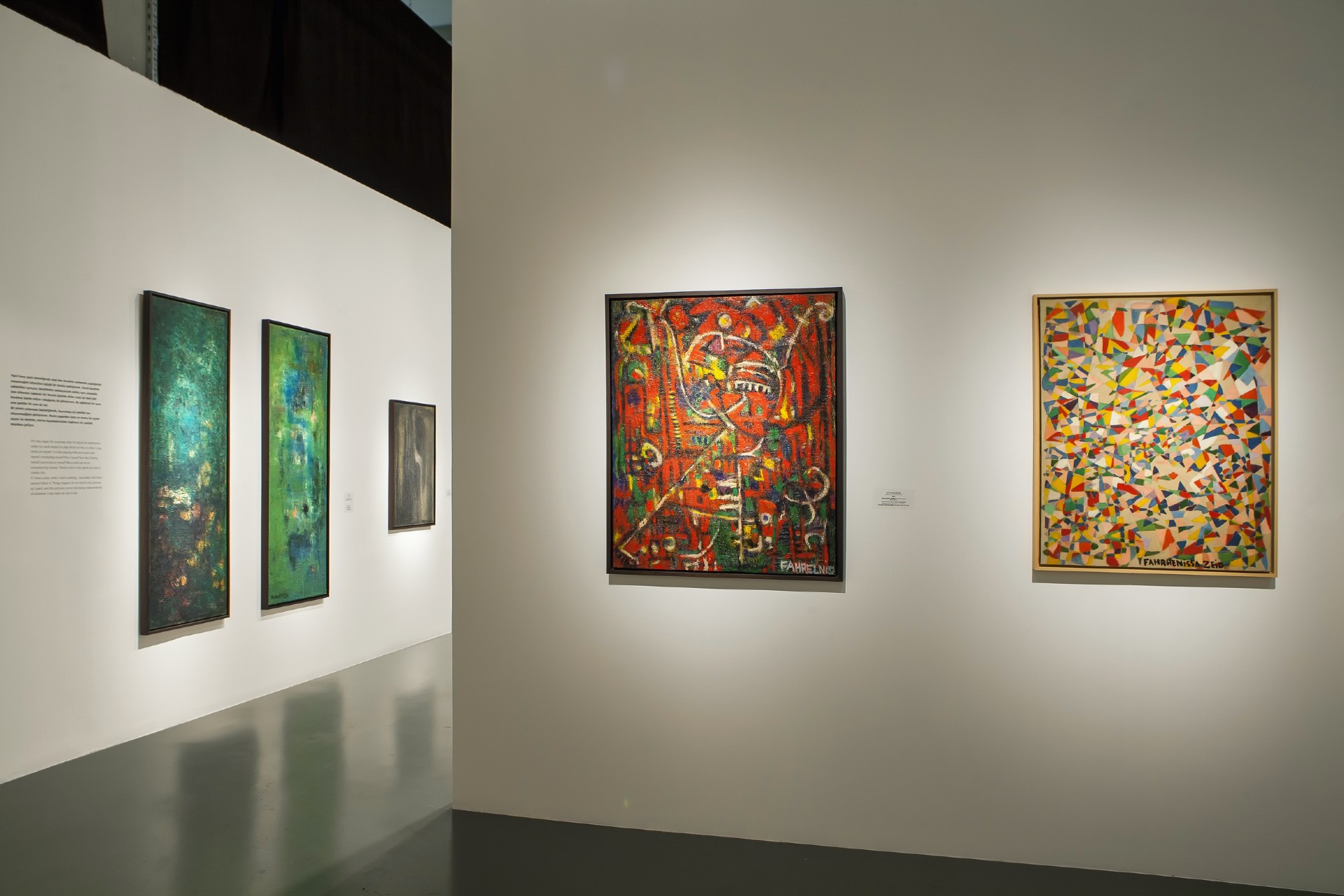 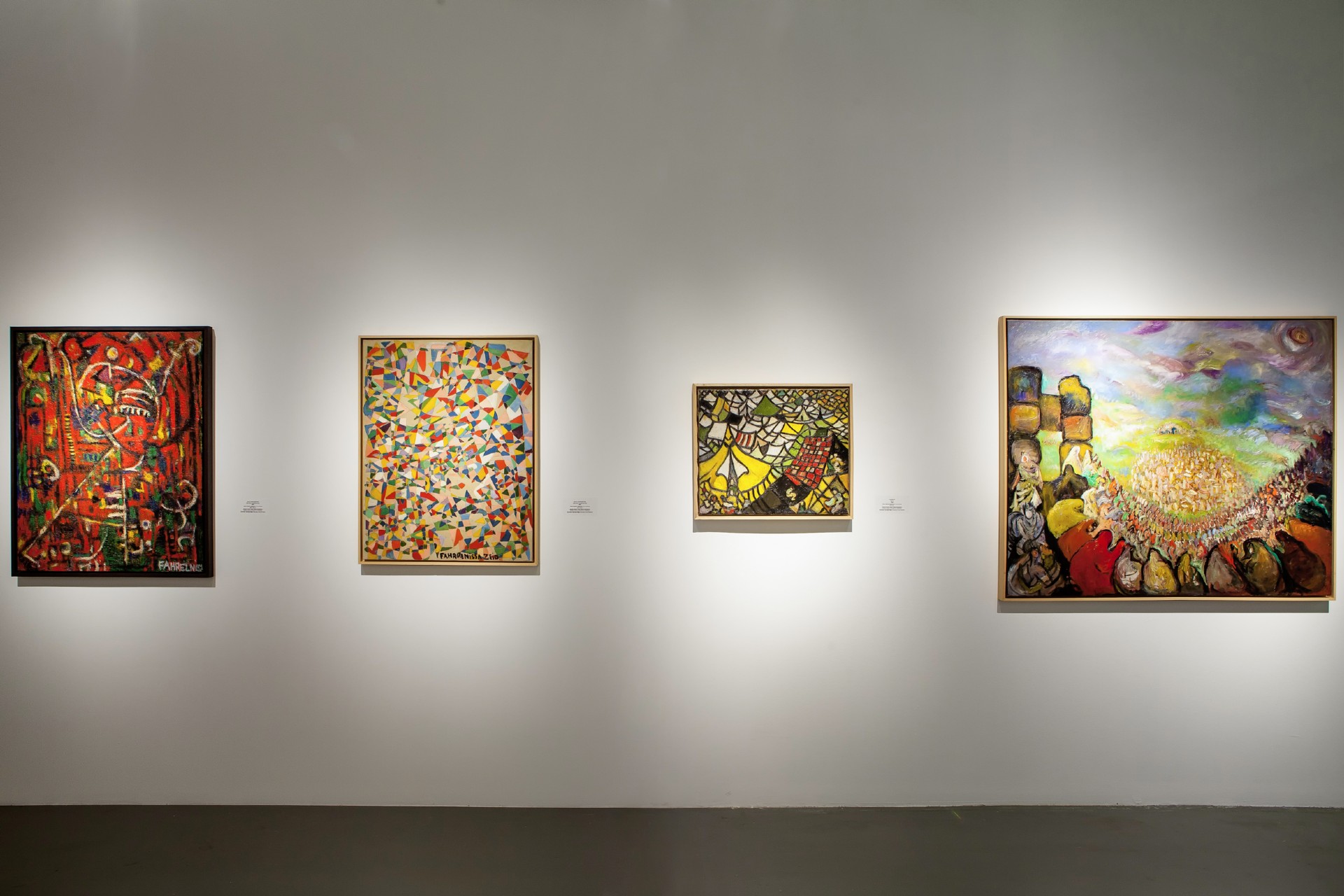 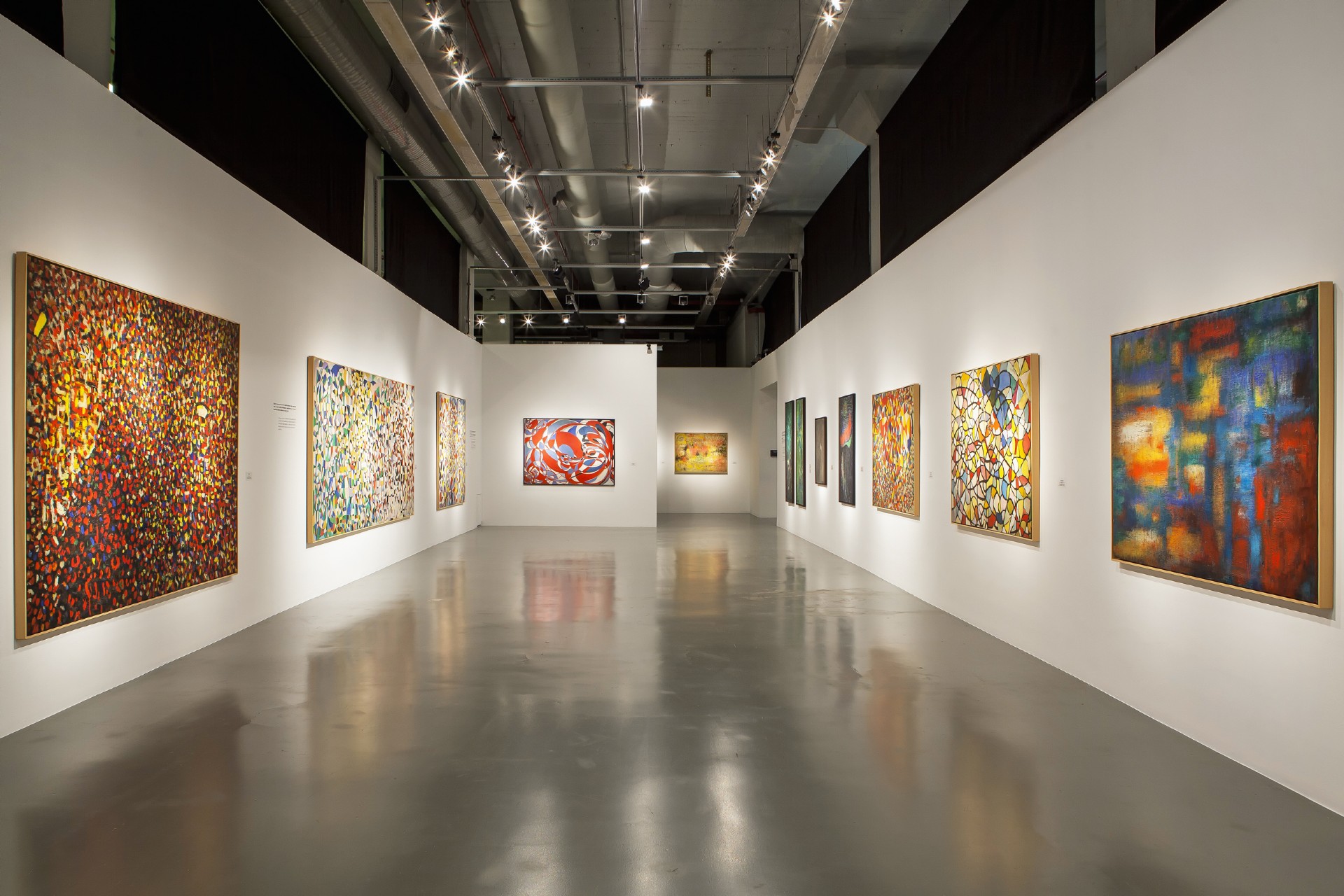