A Selection from the Collection
Thumbnail Slideshow Detail
4 - 192 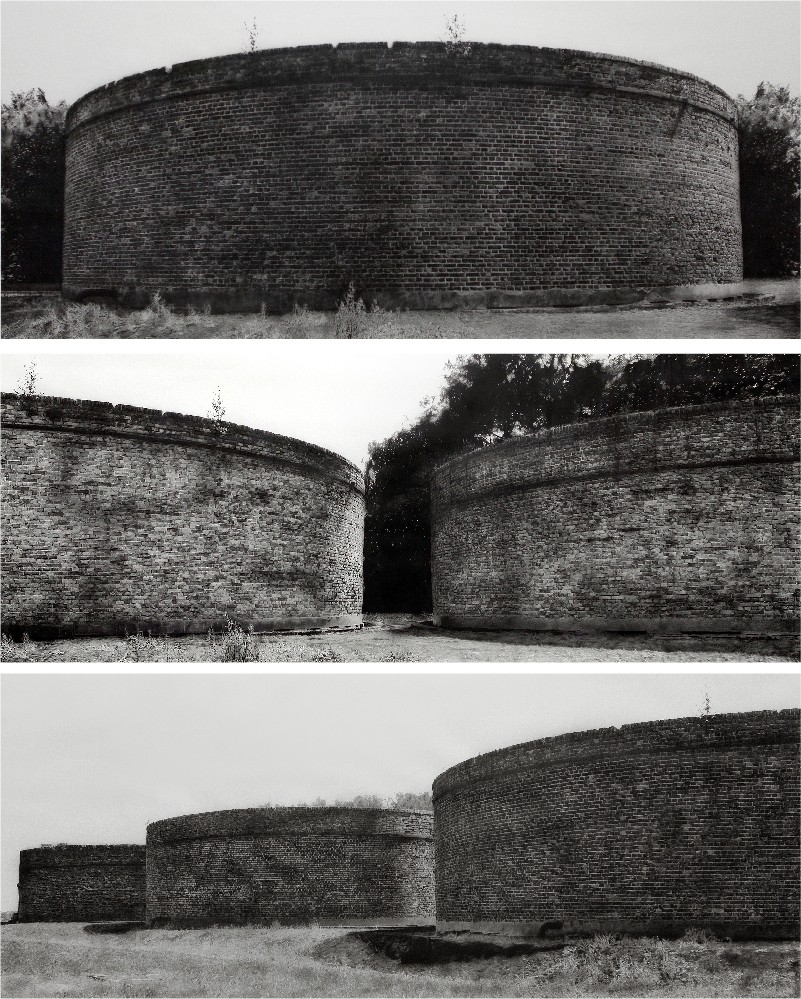 Charcoal and airbrush on non-acidic paper

TUNCA works in installation, sculpture, painting, and video. Historical images and political phenomena are key subjects of the artist’s cultural memory. Although he addresses the past, he goes beyond a journalistic approach, and presents realistic visual representations. Emphasizing the distinction between reality and the visible, the images borrowed from social memory build a world between the real and the imaginary.

TUNCA’s triptych “Rotunda I, II, III” refers through its title to the architectural term for buildings with circular ground plans, and was developed in response to the water tanks at the Auschwitz-Birkenau Nazi concentration camp. The depicted rotundas, distinguishable only through the deformations on their surfaces, are illustrated consecutively from one to three on a panel, and are seemingly located on empty land with trees visible only in the background. The gateless, seemingly impenetrable walls remind one of elements addressed in architecture such as interior and exterior, while the cylindrical structures, with their consecutive tripartite positions, evoke collective socio-architectural memory. The layers of meaning that these buildings within the triptych achieve in light of collective memory indicate the possible uses for space and architecture in the mediation of power.