A Selection from the Collection
Thumbnail Slideshow Detail
11 - 192 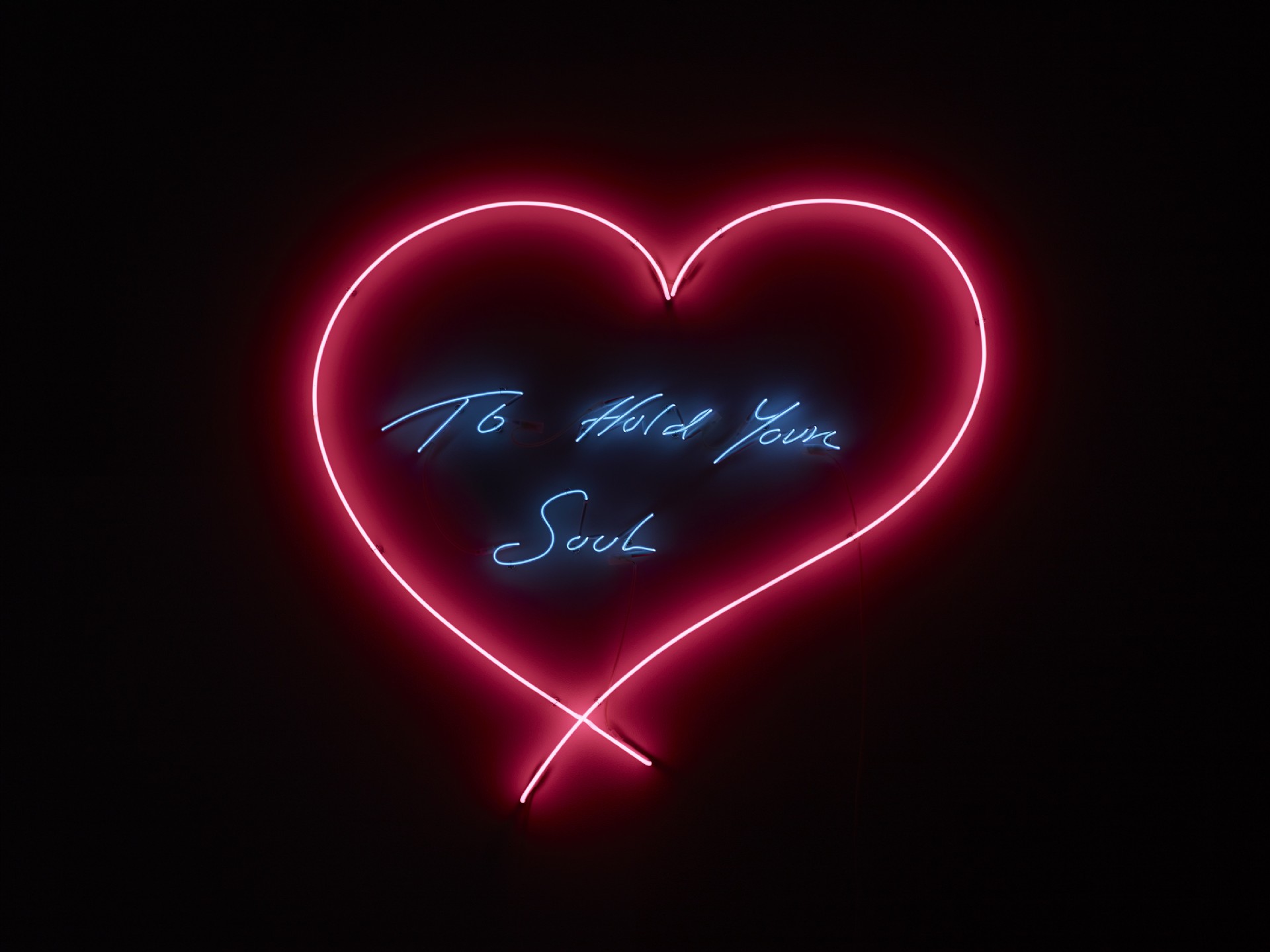 Tracey Emin gained notoriety early on with “Everyone I Have Ever Slept With, 1963–1995,” a tent to which she appliquéd the names of everyone she had ever slept with between the titular years, which was included in the “Sensation” exhibition organized by Charles Saatchi at the Royal Academy in London in 1997. The artist has been nominated for the Turner Prize, and she represented Great Britain at the 2007 Venice Biennial. Emin produces drawings, videos, photographs, and installations. She uses her own experience as inspiration for her works, which are often sexually provocative and focus on the commodification of women and the female body within the tradition of feminist discourse.

“To Hold Your Soul” is made of neon, a material Emin frequently calls upon. Neon in this case externalizes a confidential narrative in which Emin indeed converts the personal into the political, and questions the dynamic between the two, while consciously trivializing the message she seeks to convey. Within this context, the “To Hold Your Soul”statement, squeezed inside a heart shape, resembles a superficial commercial billboard. As an implementation of Emin’s own handwriting, this message bears traces of her personal and emotional past.