A Selection from the Collection
Thumbnail Slideshow Detail
12 - 192 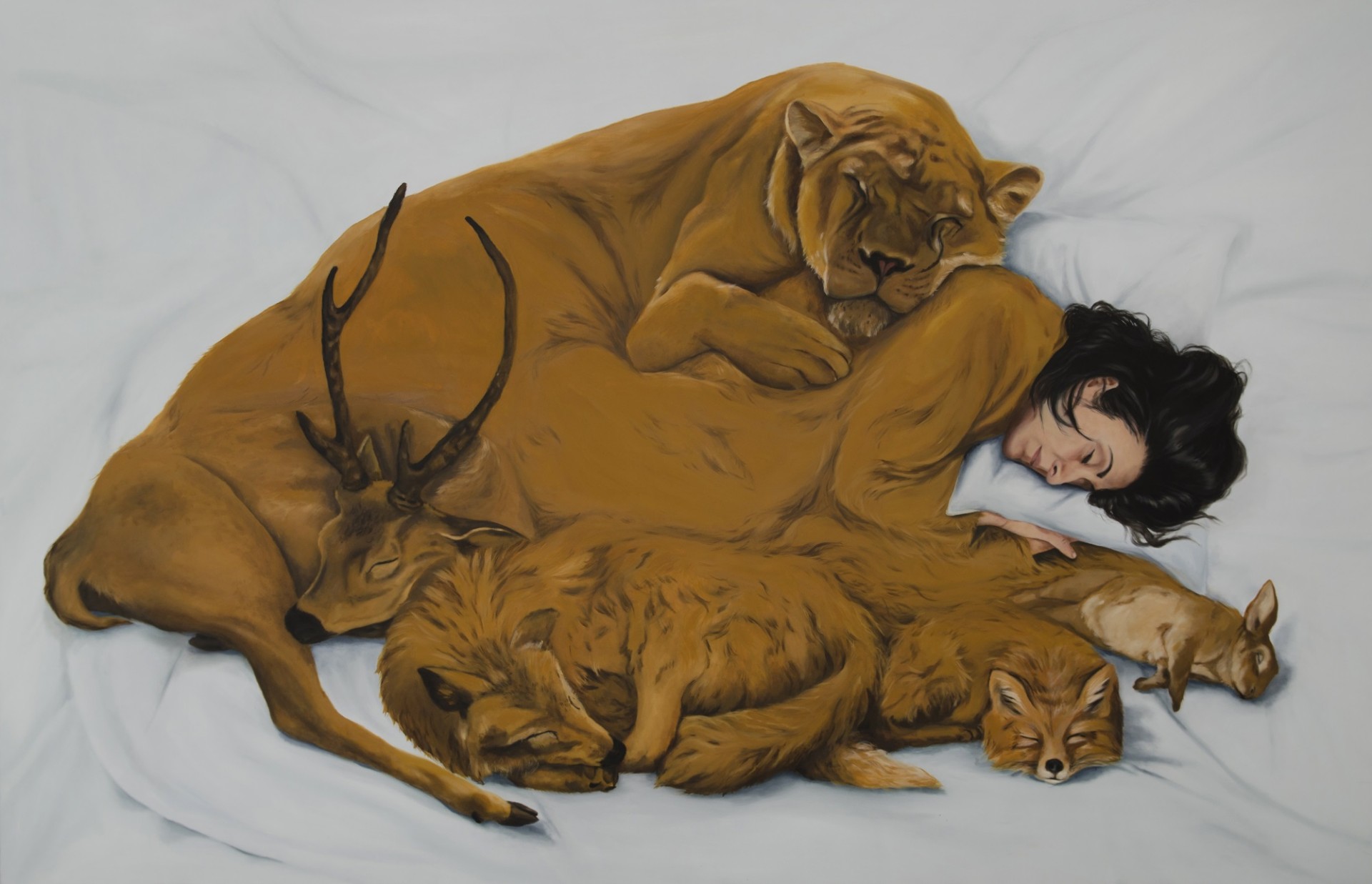 Oil and acrylic on canvas

Working in a variety of media, including painting, sculpture, installation and video, Necla Rüzgar seeks to reveal phenomena that are consciously or unconsciously overlooked or concealed, declared but unacknowledged. To address society’s conventional attitudes that isolate and metamorphose, she makes individuals and animals central in her repertoire of figures. As she critically interprets conflict and disagreements based on her observations, her materials and images present a narrative foundation that is strengthened by oppositions and tension.

“Innerfauna I” includes figures that are individualized upon separating from a single body, on a white background that seems to represent a landscape covered with snow. A lioness, deer, wolf, fox, and rabbit are sleeping next to the artist’s self-portrait covered with animal pelts. Rüzgar depicts the fauna, which seemingly represent the universe of animals, as well as humans in a framework that incorporates violence, sanctity, and tragedy; the woman and deer figures are favored by the artist here and in many of her other works as entities socially loaded with holiness. The artist reminds viewers of social attitudes regarding the powerful and the powerless, and the contradiction in how even though these beings are associated with positive identifiers and importance, they are also subjected to violence and/or slaughtered.