A Selection from the Collection
Thumbnail Slideshow Detail
2 - 192 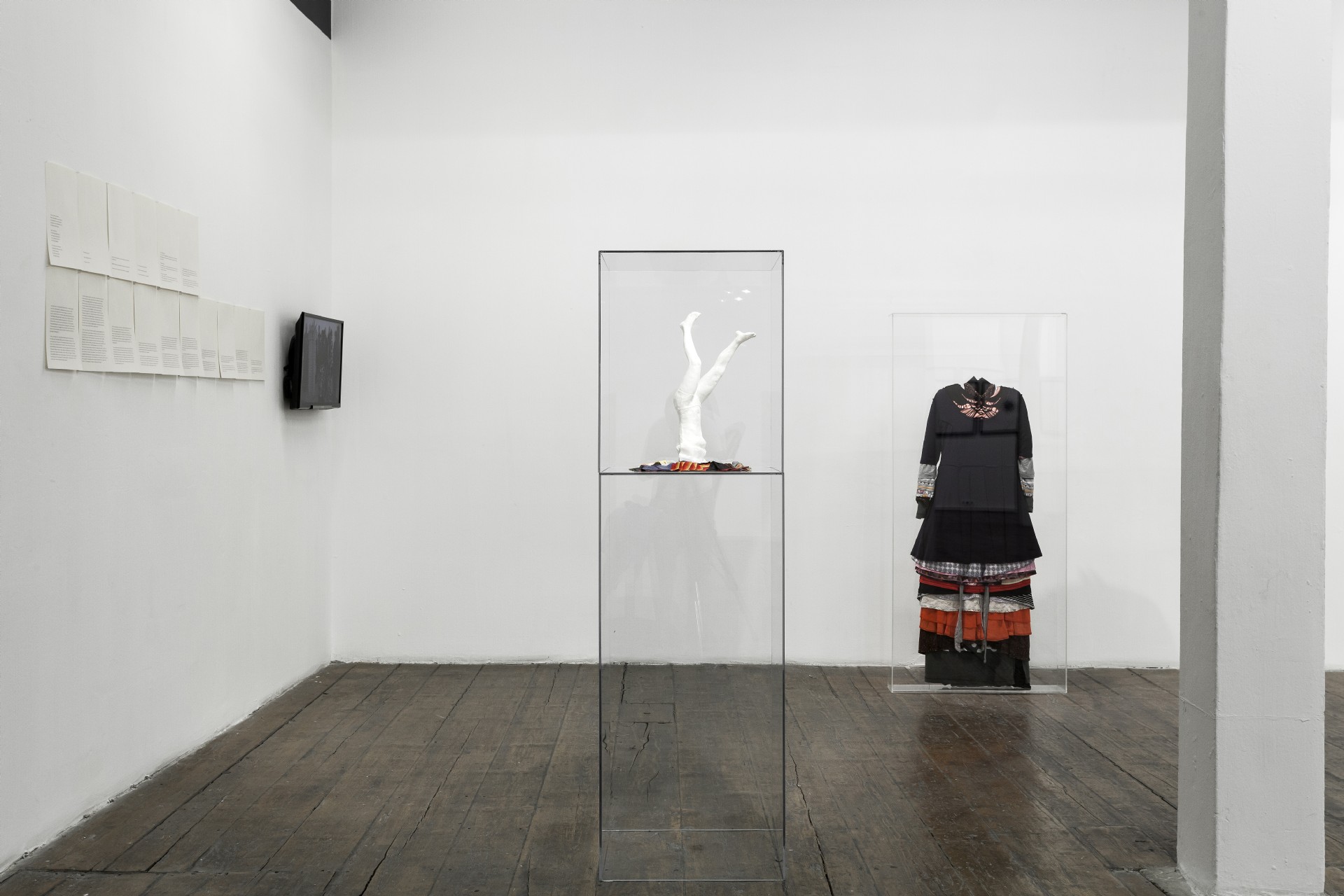 Acquired by the Women Artists Fund.

Mehtap Baydu focuses on major themes such as individuals’ positions in society and identity politics. Gender and cultural codes of daily life shape the expressive language of her works. The installation “Self Portrait: Wrapping in a Character” contains a variety of different elements and materials, including a performance (captured on video) and traces of that performance in the gallery space. In the video, Baydu wears dresses she has collected from different women from various backgrounds and occupations (including her own mother) on top of one another as a means to gather or collect different identities on her own body. She asked the women to write short texts offering information about themselves and exhibits these notes on the wall.

The layers of dresses are virtually imprisoning her during performance, she slowly begins to get rid of them one by one. The inverted dresses are transformed into a voluminous, three-dimensional sculpture. Exhibited inside Plexiglas, this dress-sculpture represents both the artist and the women who owned and wore these dresses previously. The work is in large part about the many roles a woman may adopt during her lifetime, the different identities she can take on, and the impossibility of shedding them entirely.