A Selection from the Collection
Thumbnail Slideshow Detail
8 - 192 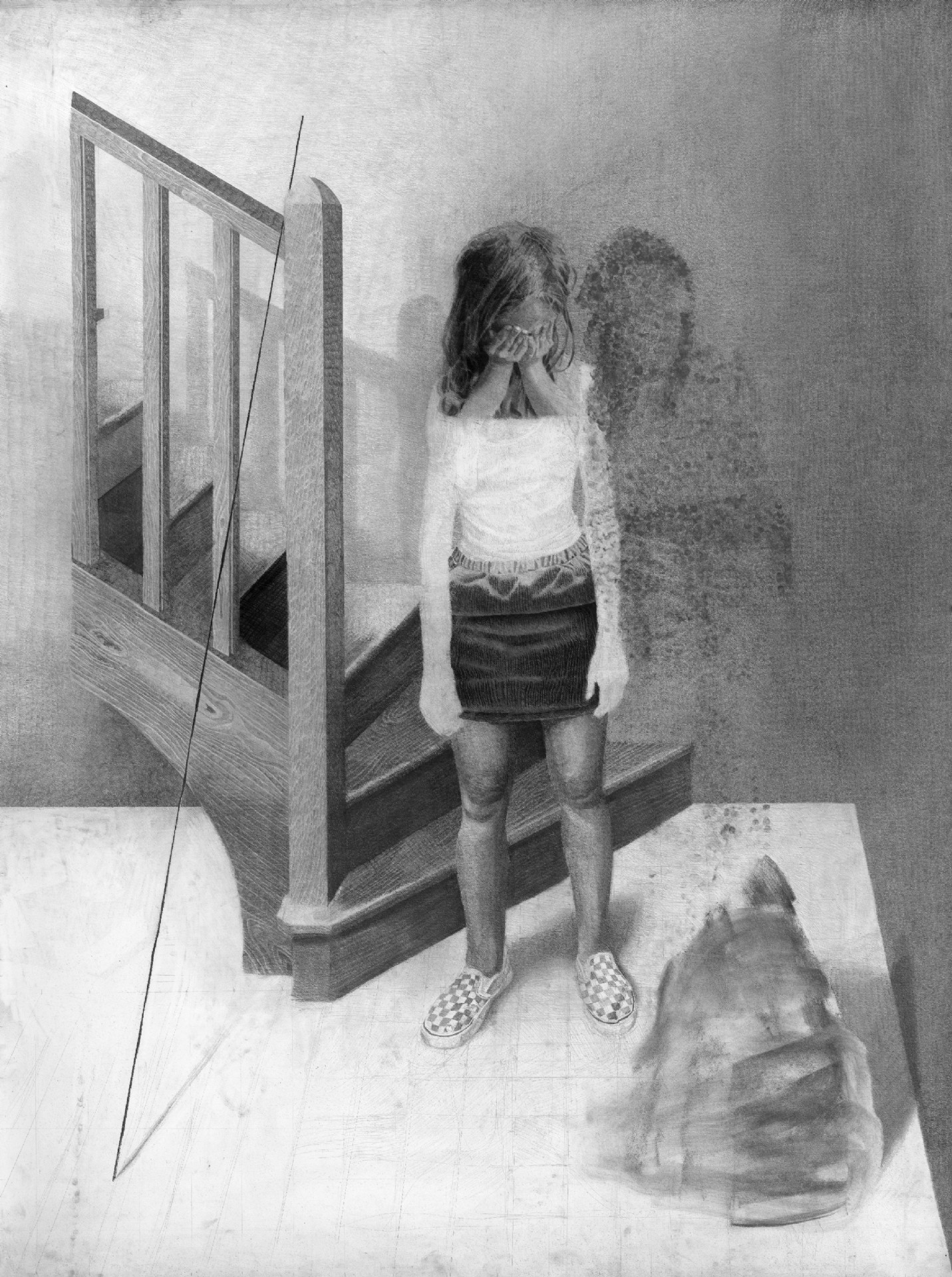 Pencil lead and charcoal on paper

Jerome Zonder’s art historical influences include Albrecht Dürer, Rembrandt, Hieronymus Bosch, Francisco de Goya, Anselm Kiefer and Nicolas Poussin, as well as comics, film, literature, pornography, Adolf Hitler, and Che Guevara. The drawings manifest themes such as physical violence, humiliation, oppression, depression, and the overlooked effects of hidden power. The compositions draw on the traumas of history—not just the history of art but also the traumas of human history. The artist says that the representation of the human face has disappeared after World War II, the Rwandan genocide, and the destruction in Hiroshima, and that for this reason, in his drawings, he covers the faces of most of the figures with their own hands or with masks.

Zonder’s drawing “The Portrait of Garance 3 (One, Two, Three, Sun)” was inspired by Marcel Carné’s film “Les Enfants du Paradis” (Children of Paradise, 1945). In naming the child characters that he uses in his drawings, who grow over the years, he uses names from this same film: Garance, Baptiste, Pierre-François. But in the artist’s works, the figure called Garance emerges not as the child from the film, but as a child of the twenty-first century, surrounded by an uncertain, unsafe world. The atmosphere leaves little room in the drawing for the figure.